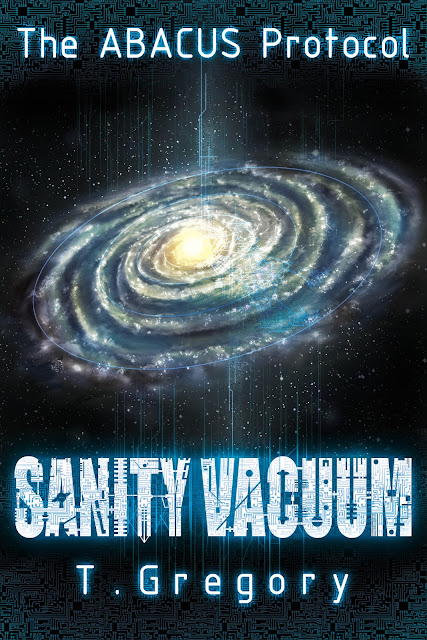 Vivian Skye just finished university, and qualified for her first-choice internship. Not many would consider the distant and isolated Extra-Galactic Observatory cushy, but it’s a dream come true for Vivian. Hailing from the low-tech planet of Aurora, she studied hard for this opportunity—and to leave her old life, and planet behind.

Her assignment is simple: perform a routine upgrade for the station’s supercomputer, quIRK. Her reception isn’t a friendly one, and eccentric quIRK becomes her only friend. However, the station’s administrator, Bryce Zimmer is obsessed with quIRK—he suspects that the station’s computer may have achieved sentience, something explicitly prohibited by the ABACUS Protocol. Compounding their issues, Bryce’s traumatic and privileged past makes him distrust Vivian from the beginning. Desperate to keep control, he sabotages quIRK in order to eliminate Vivian. But, his plan threatens to consume the entire station and send them into the unknown void of intergalactic space.

Vivian must struggle to survive not only Bryce’s megalomania, but also the emerging artificial super intelligence that is quIRK. Can Vivian and quIRK learn to trust each other and work together, before it’s too late?

Sanity Vacuum is book one of The ABACUS Protocol. 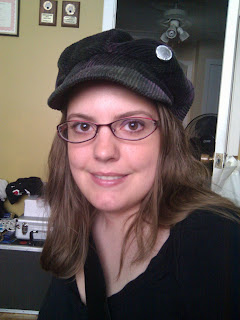 Thea Gregory is a farm girl from English Western Quebec, a total nerd, and she loves science fiction, zombies and physics. Between marathon cooking sessions, her clerktastic day job, and part-time studies, she manages to find time to write. Author of the Zombie Bedtime Stories, her debut sci-fi novel, Sanity Vacuum releases December 6th. Thea's blog can be found at:    http://nerdygnome.wordpress.com
Posted by J.Birch at 08:49